It’s 3am in paediatric ED…

A sixteen year old girl was brought earlier in the evening, after police found her intoxicated in the street. She’s now sober and tearful, with makeup running down her face. You see from her notes that this is the second time in a month that she’s been brought in to hospital drunk.

For many of us this is a ‘heart sink’ patient – nothing you can fix in ED, difficult to communicate well with a teenager in this unfamiliar environment, too little time to unpack all the complex things that might have led her down this self-destructive path.

But this situation provides an unmissable opportunity. What if it were possible to use this event as a small intervention which might support her to change her behaviour? You don’t need hours to do this, and you don’t have to be a child psychologist – you just need to understand the concept of ‘Change Talk’ or Motivational Interviewing.

Motivational Interviewing is a technique that was formulated by two psychologists back in the 1990s, originally designed to help people with alcohol problems (although it can be adapted for any type of harmful behaviour). An important element of it is that it is non-confrontational (if you have ever tried to lecture a teenager you’ll know that confrontation will hit an immediate brick wall). It also encourages the patient – not the doctor – to verbalise the risks and benefits of carrying on with their risky behaviour.

When teenagers arrive in the ED as a result of risky behaviour, they are face to face with the harm that has resulted to them as a direct consequence. This is also called the ‘Teachable Moment’ – in other words, the time they might be most receptive to thinking about the consequences of their actions.

DOCTOR: ‘How are you feeling about being in hospital again?’

PATIENT: ‘I’m so embarrassed. All my friends saw me passed out on the floor and my mum has been crying’.

‘Your mum is worried about you’ [a reflective statement]

‘Do you think she’s right to be worried? What might she be thinking could happen to you?’ [encouraging her to take an external perspective]

‘That maybe someone will hurt me while I’m passed out’

‘That’s a really scary thought. Is that something you’ve thought about before?’

‘Someone once took a photo of my friend when she was sick from drinking, and the whole school saw it’

‘That’s another awful thing that could happen.’

‘Yes I know. But whatever. I’m not just going to stop drinking. Or I won’t be able to do anything with my friends any more’

‘You’re afraid of what will happen if you start acting differently from your friends’  [empathy with the fear of change; not engaging in conflict] – ‘Next time you go out with your friends, what would make it better than how tonight has gone?’ [encouraging her to see discrepancy between current behaviour and ‘ideal’ situation]

‘Well I wouldn’t be here obviously. And everyone wouldn’t be talking about me at school on Monday’

‘Yes, I don’t want to be the one they’re all laughing about’

‘So what I hear is that it is important for you to go out with your friends, but you also are worried about what might happen if you get too drunk – whether someone hurts you or you embarrass yourself in front of people from school’ [summarising, looking at the bigger picture, and allowing the patient to ‘see her own story’]

‘Is there anything you could do to stop yourself getting too drunk next time?’ [encouraging her to voice her own solution to the situation]

‘I could eat something before I go out. I could not do any shots, they taste horrible’

‘Those are both great ideas. I appreciate that you are willing to come up with solutions to help yourself in the future’ [affirmation, building confidence that change is possible]

You will notice that the doctor did not make any attempt to force their own values on the patient (telling this patient ‘it is illegal to drink until eighteen years old’ is unlikely to make any impression; it is more likely to alienate her further and make her less receptive to the conversation). The important thing here is to capitalise on the Teachable Moment and get her thinking about what changes may be possible, and how capable she is of deciding to make those changes.

Behaviour change theory tells us that an individual might be sitting at any point in the ‘stages of change’ model: 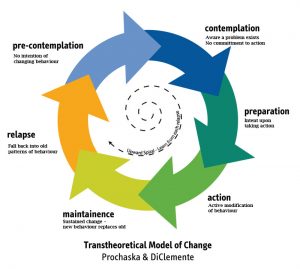 Using Motivational Interviewing techniques – wherever a patient happens to be in their personal cycle of change – can help to nudge them on to the next stage, and might just be the most important thing you can do to help break a pattern of harmful behaviour. 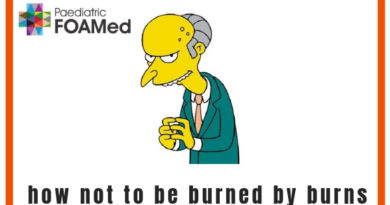 How not to be Burned by Burns – Part 1: Minor burns and scalds 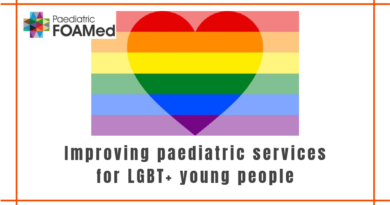