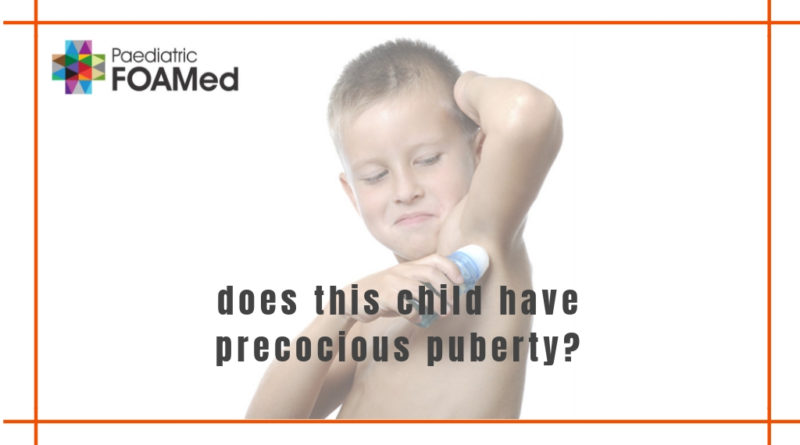 Suspected precocious puberty is a common reason for referral to the general paediatric clinic. Figuring out whether the signs you see in front of you are ‘normal variants’ is often half the problem when thinking about whether the child needs investigation.

Firstly, does the definition ‘precocious’ actually apply to the patient in front of you? The first signs of puberty are considered normal for any boy >9 years and girl >8 years. Secondly, is the developmental feature in question isolated, or are there other signs of progression into puberty? True puberty is only when there are breast buds (in girls) or testicular enlargement (in boys). There are plenty of benign conditions that don’t need further investigation, and the child and family can be reassured. We’ll spend a minute and quickly consider those now.

So, if you see a child in clinic with suspected precocious puberty, what should you do?

How quickly did the features develop? Rapid development of physical features over a six month period are generally considered significant. Has there been a recent growth spurt? Try and plot their growth on a chart. Make sure you find out when parents started puberty, especially enquiring about when mother started menarche for female patients and growth patterns for siblings.

It’s really important to do a full systemic examination and include a Tanner staging assessment within that. Have a look to see if there are any birth marks, or evidence of adrenal excess. 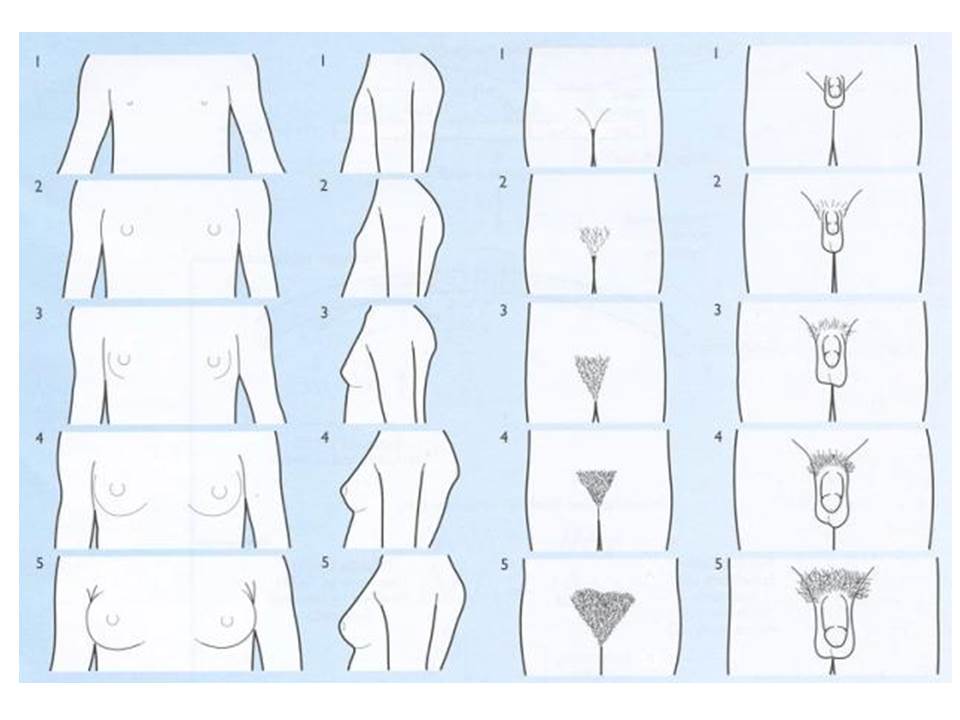 What if you’re just not sure if you need to investigate the child?

Often the child in question might be 7 or 8 years old, with a few early signs of puberty and it’s tricky deciding what to do next. The patient doesn’t quite fit a diagnosis of a benign, variant condition but it’s difficult to decide if you should go ahead with blood tests and a hormone profile. In these circumstances, a quick trip to x-ray for a bone age assessment can be a reassuring way to support whether further investigations are required. Remember to request X-ray of left hand and wrist….not just ‘wrist X-Ray! The aim is to specifically look at the ossification pattern of small bones in the hand. Usually a bone age assessment more than two standard deviations of the child’s age is highly suspicious and warrants further investigation.

Which blood tests should I request?

If a child looks like they have the classic hallmarks of precocious puberty, it’s best to let a local consultant know before bleeding the child. Often, blood tests are missed or the wrong this is requested. It’s best to run it past the endocrine specialist first as they’ll be following the child up in clinic!

Saying that, it’s good to have some idea of the tests that might be required and how they should be interpreted.

NB: A common presentation is premature adrenarche (pubic and/or axillary hair) in a child <7 years of age. In this case, if the X-ray of the left hand and wrist shows bone age maturity of >2 years above chronological age, request 17 OHP, DHEAS, androstenedione and testosterone to rule out late onset CAH as mentioned above.

If the above tests don’t point in any particular direction, the next investigation would be a GnRH agonist stimulation test. It can be performed locally at most hospitals, but isn’t something you’d be requesting without discussing with a paediatric endocrinologist first. A GnRH agonist stimulation test is used for children who have normal LH/FSH levels, but have ongoing signs of puberty progressing.

Imaging is your next stop if blood results are abnormal, or if suggested after discussing with your consultant or paediatric endocrinologist.

What to do next?

Get a paediatric endocrinologist involved early on in suspected precocious puberty. It’s important to investigate this promptly as early puberty will have a significant impact on adult height. Most cases will not need immediate investigations or actions in A&E/clinic. You have time – discuss, formulate a plan and bring back for blood tests and review.

And finally – what does a consultant endocrinologist want to know in a referral letter?

Reports of any imaging findings if performed 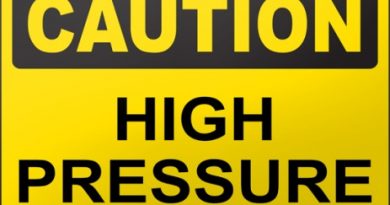 Under Pressure: Hypertensive Emergencies in Paediatrics 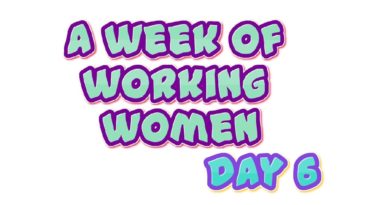 Archive of Online Resources for Paediatricians