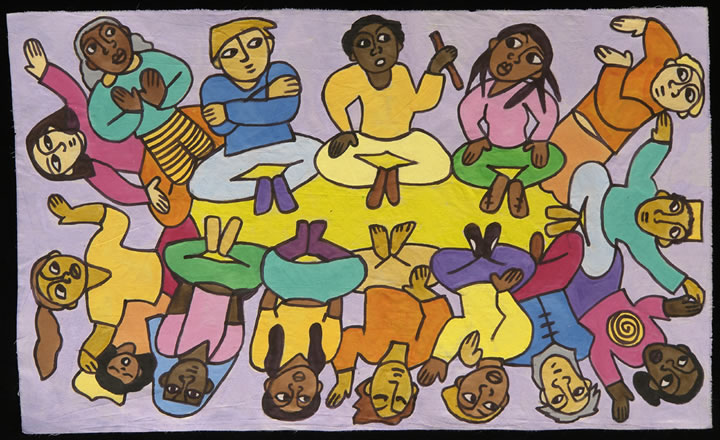 Thanks to the ubiquity of simulation training, most of us are now familiar with ‘the debrief’…

that post-sim-scenario ‘whew!’ moment where your adrenaline levels slowly return to normal while everyone analyses what just went down.

However, to limit debriefing to the sim environment is to lose its importance as a tool that can be used wherever you work. Critical incidents, resuscitations, deaths, trauma calls, unexpected deteriorations – all those events that can play and replay over and over in your mind however peripherally you were involved – these are the events we should always make time to talk about. The role of a well-run debrief after a real life incident is to give the team a chance to immediately identify learning points from what has just happened, and – more importantly – for everyone involved to start acknowledging and processing the emotional impact it has had.

Some departments have a culture that promotes critical incident debrief, some less so. Informal debrief (in the coffee room – ‘I heard what happened – are you OK?’) is a natural human reaction and has its place – but can’t offer all the potential benefits of a more structured session. Formal debrief (possibly organised by the department a few days after an incident, maybe as an official response to something which went ‘wrong’) if not well run, can feel intimidating and investigatory.

Here we’ll discuss how to structure and run a semi-formal ‘Hot Debrief’ in the aftermath of an event.

The great thing about debriefing just after an event is that everyone involved is still around. Trying to arrange the exact same people on all their different rotas to come to a debrief in a week’s time? Almost impossible!

Invite everyone who was involved, however peripherally. The medical students, the porter, the HCA, all might have useful insights and also benefit from being able to talk about the incident or ask questions about what happened and why.

Identify someone to lead the debrief (preferably someone who is trained in debriefing skills). This might be the consultant who was involved, but could equally be another member of the team who was NOT part of the incident – allowing everyone else to concentrate on their own emotions and learning. However, think about the effect of seniority and status – there is no point asking a consultant that people find intimidating.

As you want to try and include everyone who was there, doing it as soon as reasonably possible (and definitely during the same shift) is key. Doing it the same day means that all the events will be fresh in everyone’s mind, and they won’t yet have gone away and made their own sense of the situation. Ruminating over things alone before a debrief might lead to individuals blaming themselves for certain things, without having a chance to put their actions into context of the whole team’s performance. Obviously every situation will be different – and if team members are distracted by, for example, dealing with family members or filling in essential paperwork if a child has died, it would be best to debrief when things are calmer.

If it is absolutely impossible to get everyone together, give non-attendees the chance to contribute by asking them if they’d like to send in an informal written account (only for the purposes of the debrief, not as a legal document).

A quiet area away from the ‘shop floor’ where you won’t be disturbed. Although: bear in mind that if your debrief identifies learning points related to, for example, the location of essential equipment, it might be worthwhile revisiting the clinical area where the incident took place as a team, so possible solutions can be identified.

Try to ensure that clinical duties (and bleeps) are all handed over to other staff for the duration of the debrief.

There will be a mix of grades and a variety of experience among the group – but everyone should leave their ‘rank’ at the door. Participation from everyone adds to the value of the debrief, and junior participants should not feel intimidated to ask questions and speak freely.

The leader of the debrief should set out a rough structure for the session. Emphasise that this is an informal, supportive session – not an investigation and certainly not seeking to blame anyone for anything that happened. It is often good to start by encouraging the group (not one person) to run through the sequence of events in the order they happened, focusing on facts so there is a shared mental model of exactly what happened, before emotion gets involved.

After the facts are established, invite everyone to share their thoughts – what was going through their mind at a certain point?

What about their reactions? How did people feel immediately afterwards, and now? Is there something particular (it might be a comment made, a mental image or a strong emotion) that anyone is dwelling on or struggling to understand?

To get useful learning outcomes from a debrief, think about the different areas you want to cover. Human factors, Team processes, clinical learning points? Sometimes addressing niggling clinical questions first (‘what IS the dose of mannitol?’) can allow participants to concentrate more fully on reflecting on human factors and emotional responses.

Focus on processes rather than outcomes. What were the factors that allowed the CT scan to happen that fast? What was it that delayed the drug being given?

There may be an unending list of potential things to discuss, but to avoid overwhelming everyone and diluting the learning, the leader should try and keep the debrief focused around a few key points that are most important to the group.

There are many frameworks out there for debriefing, but the simplest is probably as follows –

(iii) What can we do differently or what needs to change to improve care?

Any practical learning points identified should have an action plan, and if it is appropriate, generic learning should be circulated around the department for the benefit of anyone who wasn’t there.

Is there a need for a further debrief for any or all members? Best to organise it now, or at least take contact details for everyone who was involved.

Give everyone information about how they can access further support if they need it. Educational supervisors are a good first port of call; the BMA also has a counselling service for doctors. Some departments have psychologists that staff can talk to, and every hospital has a chaplaincy service that contrary to popular belief is not just there for patients.

Finally, get some feedback on the debrief itself. We are all learning, all the time, and improving your debriefing skills will benefit everyone in the team.

What are your experiences of debrief within the clinical environment? Please feel free to comment below – let’s start a discussion. 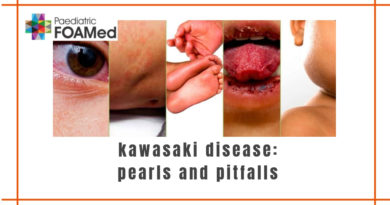 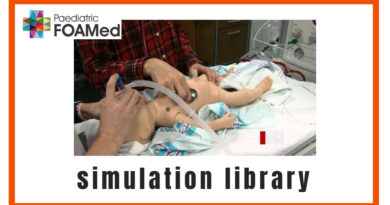