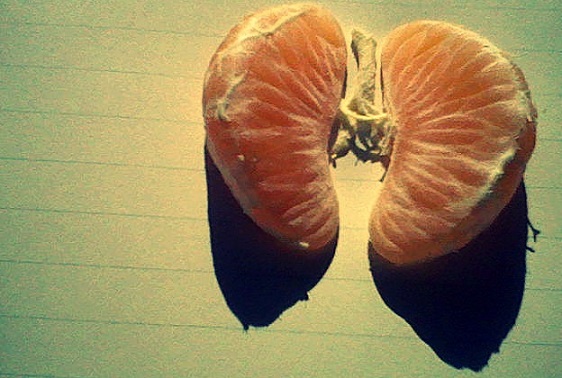 This article has been contributed by Dr Rossa Brugha, Clinical Lecturer

Every article about cystic fibrosis – ever – starts with a generic statement about CF being the most common autosomal recessive disorder in European populations, and some carrier frequency information, and then quotes a statistic on survival. For a comprehensive review on the background, pathophysiology, new treatments and gene therapy see here (but paywall – it’s in the Lancet. So here’s a Wikipedia hyperlink). In this article I’ll concentrate more on acute management of children with CF and things to be aware of that might trip you up, as well as a bit on the new drugs that affect the underlying problem (see part 2).

The clinical guideline at the Royal Brompton is here and can be downloaded as a pdf.

What’s going on in CF?

Airway, gut, pancreas, kidney and sweat gland epithelial cells express a protein called the cystic fibrosis transmembrane conductance regulator (CFTR). It’s probably important in macrophages and neutrophils as well, and definitely important in the vas deferens, but a faulty vas deferens is less likely to underlie an acute presentation to general paediatrics. CFTR is a cell membrane chloride channel, and in healthy, wild types, it allows Cl– ions to flow out of the cell and onto the epithelium. Water follows, and the result is a healthy, happy, hydrated surface. This is important in the lungs as the cilia (that beat to shift mucus along and clear inhaled bacteria) have to stand up in this layer of water, so if CFTR isn’t working, the airway surface is dehydrated and the cilia can’t stand up (see here). This means that when bacteria are inhaled (with every breath you ever take) they are (a) more likely to stick in the sticky dry airway mucus and (b) harder to get rid of once they’re there. 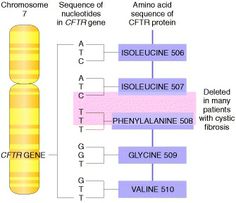 CFTR can be dysfunctional in a number of ways – which used to be a dry academic point – but is now much more relevant as certain medications have come along that can “correct” CFTR function depending on the cause of the dysfunction (i.e. what your underlying genetic mutation is). For a full article on this see here, but from a simplified DNA-to-RNA-to-protein viewpoint, CFTR may not be produced, it is produced but doesn’t get to the cell membrane (this happens in the commonest mutation, Phe508del, which was previously known as ΔF508) or it gets to the membrane and then fails to open. CFTR that fails to open, most commonly caused by a mutation called Gly551Asp (or G551D depending in your choice of nomenclature) can be treated with ivacaftor (Kalydeco). This oral drug, taken twice a day, increases the probability of the CFTR channel opening and the effect can be measured in the patient’s sweat chloride, which returns to near-normal levels. Lung function and body mass index improve compared to controls, and here’s the most exciting paper in CF since this one.

In the exocrine pancreas the secretions are sticky and patients have difficulty excreting lipase, amylase and proteases into the gut lumen (cystic fibrosis gets its name from the cystic, fibrotic, macroscopic appearance of the pancreas). This means that patients have malabsorption and fatty oily stools, which leads to

failure to thrive. Treatment is pancreatic enzyme replacement therapy (PERT), and in the UK this is usually with Creon. A proportion of patients with CF, depending on their genotype, will be pancreatic sufficient.

The small and large bowel mucus may also be abnormally sticky which can lead to thick, inspissated secretions causing distal intestinal obstruction symptoms, which are imaginatively called distal intestinal obstruction syndrome (DIOS). This is important to be aware of as an unsuspecting clinician may try to refer these children to a well-meaning soul who might want to remove the child’s appendix.

Since 2007, CF has been on the UK national screening programme, and is tested for on the neonatal heel prick test (on the Guthrie card) around day 5-6 of life. Immuno-reactive trypsinogen (IRT) from the pancreas is raised in the first few weeks of life, and children with an IRT above the 99.5th centile will go on to have DNA analysis (from the same heel prick sample), and may have a second heel prick done to repeat the IRT if that analysis is inconclusive. What this means for parents is that they get a phone call from their health visitor (who will have done the heel prick and is a friendly face) to say that a specialist nurse is going to accompany them to visit the family today to discuss the results of the newborn screening. At that visit it is explained that CF is likely and a sweat test is arranged at the hospital for the next day to either confirm or exclude the diagnosis.

The diagnosis is confirmed if the sweat chloride is 60mmol/L or greater. Children with a sweat chloride between 30-60mmol/L have an “intermediate” result. If they have 2 mutations that are both known to be CF-causing (there are >1500, all listed on cftr2.org) then they are considered to have CF.

Screening has made things more complicated as children will be identified with a raised IRT who are simply carriers. If a child has a raised IRT, one mutation that’s known to be disease causing and one we are uncertain about, and a normal sweat chloride (<30mmol/L), or they have one or no mutations and an intermediate sweat chloride (30-60mmol/L) then they are given the snappy label of “cystic fibrosis screen positive, inconclusive diagnosis” (CF-SPID) and you can read the debate about how best to manage (and try to avoid over-treating) these children here.

Once the diagnosis is confirmed, on the same day, the parents are informed by the consultant that their baby has CF. A two-day educational visit is arranged to meet the multidisciplinary team and go through questions and worries in as much time and detail as the family needs. Screening for siblings is arranged for a later date. Babies are seen two-weekly in clinic, with telephone follow-ups as needed.

As newborn screening came in in 2007, then at the time of writing this there is a population of unscreened children aged 10 years and above, messing about on Snapchat, and a small number of them will have CF. In addition, children born outside the UK may not have been screened. While we might feel very clever making a diagnosis of CF once someone comes to a sub-specialty

clinic, it is our job to think of this stuff so it’s not really that clever when we do. Much more impressive is the primary or secondary care team who spot unusual signs amongst the huge group of children with wheeze and cough who come through clinics and A+E each week. If a baby has failure to thrive with malabsorption symptoms then include a sweat test in the list of investigations – don’t assume that screening has happened or is infallible. More difficult is a child who has probably been labelled with “asthma” for years, but doesn’t feel quite right to you when you meet them.

A persistent wet cough is unusual in a school-age child (whereas pre-schoolers can seem to have a cough that lasts all winter as colds run into each other), and do take a look for clubbing in someone with a history of a chronic cough. Just to be curious. Don’t be falsely reassured if they don’t have malabsorption symptoms; they may be pancreatic sufficient. Ask about family history of relatives with CF, or COPD in middle-aged adults or adults who aren’t smokers; they might have CF. Anecdotally, in adult clinics, late diagnoses of CF are increasing as we gain more knowledge about “residual function” mutations, and more adults with bronchiectasis are being tested for CF (for info on residual function mutations such as R117H see a nicely laid out review about CF genetics here).

Chest X-rays are a useful tool in someone with a history of chronic cough, and if a child has an asthma diagnosis and has never had a chest X-ray, and/or they have features in their history that are just a bit troubling, just get a chest X-ray. Airway wall thickening or suspicion of bronchiectasis in a child with a chronic cough, needing multiple courses of antibiotics, makes the chest CT request much easier (and radiation doses from chest X-rays and CTs are now much lower with newer machines).

Finally, if a child has very wrinkly palms after exposure to water (like you normally have with fingers and toes after a bath), this is “aquagenic wrinkling”, and is associated with CF.

In summary, the majority of UK diagnoses of CF are made on screening, but keep your eyes and ears open for children with chest disease where you think there might be something a bit extra going on. As soon as a small part of your brain wonders if you should get a sweat test, then get a sweat test.

Next – Part 2: CF Presentations to the Paediatric Emergency Department 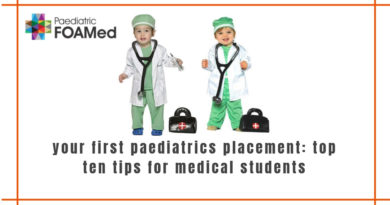 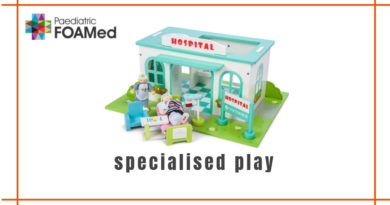 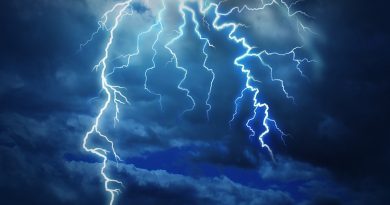 One thought on “Cystic Fibrosis in General Paediatrics: Part 1”