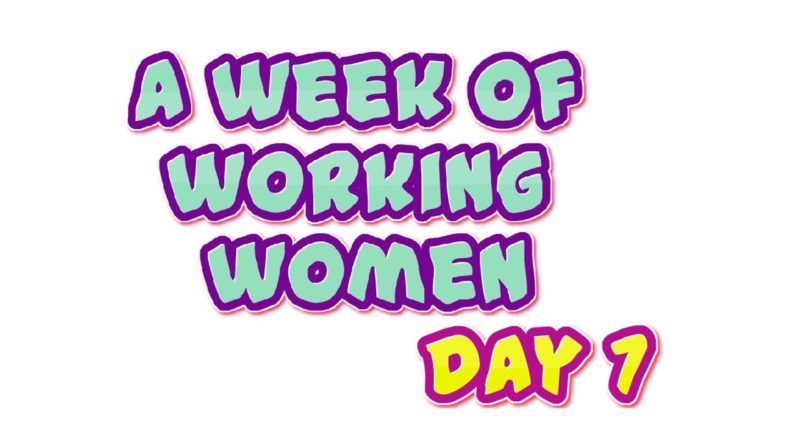 The pieces this week all have different formats along the same theme. For Fran’s piece, Lizzie went to St Mary’s to interview her in person and find out how she keeps feeling engaged at work, since returning to work after her first child.

On deciding to become a doctor

“As long as I can remember I always wanted to be a doctor, but I don’t really know why because I don’t have doctors in the family. Both my parents are teachers and I always did well at school and so then you get hooked into that and going to medical school. “

“I had a choice after my house officer years about what to do next and actually my paediatric experience as a medical student was so short, I didn’t really get a proper flavour for it.  I applied for ED and I applied for paeds and I applied in Edinburgh where I trained, in Liverpool where I grew up, and in London where my parents were about to relocate to.

“I got a paediatric rotation in Southeast London, and started at Sidcup when there was still an inpatient paediatric ward there.  I definitely think paediatrics is the right specialty for me and as I did more and more paediatrics it was the A&E bit that I enjoyed the most. The variety, the sense of team and ambiguity of your day and breadth of presentations. And as quite often children are relatively well, you get to interact with them. Supporting parents through what is a very stressful experience of bringing your child to ED, particularly if they are very sick. I really enjoyed that.”

The highs and lows of training…

“I definitely didn’t appreciate how hard it would be. I think, when I graduated as a doctor I thought that would be the end of my exams for a start, and it was only the beginning.  My first few years of training I lived with my brother, who is a TV producer, and so socialised with people who were not medics and found it very challenging. It took me a few attempts to pass my part one, and I just got so disillusioned by it, and I thought ‘Really? Is this what I want to do?’ Not going to people’s weddings, doing 7 nights in a row, and busy rotas and stressful jobs and not really feeling empowered to be part of changing and improving things, just a cog in a wheel and then coming home and having to study for hours.

“There were definitely times when I questioned whether I would continue and thought about what other things I could go into.

And I think once you get closer to coming out the other end and start to feel empowered, and actually a consultant rota is much more conducive to better lifework balance, then it has felt worth it, but I have definitely questioned it, and there have been times when I’ve been close to thinking, what else?”

Staying ‘hooked in’ to paediatrics – what keeps you going during those times?

“Those shifts where you do meet kids who are just lovely and you make a difference to them, and they thank you for it and you get that sense of satisfaction that you have really helped somebody and a family unit as well.

“Good colleagues and then I think critical points, like eventually passing the membership and getting such a buzz and elation.

“The Darzi Fellowship that I did as I was just finishing my core reg years, ST5, and I realised I can actually be a part of making the healthcare system better, and that has made me a real champion of trying to enable and empower others to feel the same at any stage in their career across the multidisciplinary team.

When things are difficult – what helps?

Having a wide network of friends, both within what you’re doing and importantly outside medicine and having supportive family and friends. I think being able to switch off from it, Ibiza is my happy place, which is where I met my husband, so when I go to Ibiza I’m just Mrs C. I switch off properly, I don’t even check emails, I just take it off my phone for a couple weeks a year.  And the world keeps on turning.

What I love about my job

“For me, since the Darzi (Fellowship), I have been really inspired about whole system thinking and the role that I can play as a paeds ED consultant.   It’s a pivotal part of the pathway for children, to influence the whole pathway children can take when they are unwell, with particular interest for me on the mild to moderately unwell child who often ends up in A&E. How can we support families to access other choices but also lead healthy lives? Then when they do get more unwell, to manage them and make sure they are seen by the appropriate person.

“With pressure on our system, not just in A&E but across whole system, financial pressures, and people using the system. We need to change the way we do things, that’s what I’m really excited about at the moment, you can be part of creating that new story and new future that hopefully we can have a sustained National Health Service that’s free for everybody.”

Being a Consultant brings more Joy to Work

“Now that I am a consultant and the rota is more conducive, having autonomy over your time and what you can commit to has been great.   Obviously, you have your on-call and other clinical commitments, but you have other time in a way that you have little bit as a registrar, but not much and that’s really nice.

“For a lot of people I talk to it is important for enjoying your clinical work that you do have something else, whatever that is, whether it is education, simulation, college roles.  Another thing that keeps your really loving the clinical stuff and keeps you fresh.

“The other thing as a consultant is that you are in the long game now. You can start to develop a department and you’re in a team with people you are going to spend quite a lot of time working with. And together you can forge a vision and drive that forward.”

“It definitely helps put things in perspective. I’ve been back for seven months now. I only took 7 months off but it also gave my husband an opportunity to have 3 months off with our son, which has basically been amazing for our family. As a mum you kind of own everything initially, especially with breast feeding, so then it was really nice to be complete partners in that and it helped me come back to work.

“Before I would be quite guilty of doing lots of work in the evening and weekends, and there is still stuff that I need to do, but it shifts your priority to make sure you have quality time as a family. Each point will be different tests. At the moment F is so young, and as he gets older getting that balance right will be really interesting.

“It has made me more organised about my time, I used to be quite a ‘Last Minute Merchant’, but now I know I can’t depend on having the night before to do something, because it’ll be the one night I’m up all night with a hot child.

“I carve out time in my week, the “Covey stuff” about being more proactive.

“I gave myself a break as well, so when I came back I came back part time for a while through annual leave, and I’ve just not done too much extra stuff. Now it’s ramping up again, but I’m trying to be proactive and get better at saying no.  Or saying ‘No, but asking have you thought of asking so and so?’ Or,  ‘This is a great opportunity for you’.

There are new frustrations

I think there is always an element of guilt about how you split you time. I want to try and avoid letting things creep so I get distracted and I don’t carve out proper quality time, and making sure that at each stage that F grows up and that as his asks and needs of me change I am able to have decent quality time.

Which is hard when you are an ambitious career focused person and I’m from career focused parents, but we always had dinner together as a family. I’m really lucky because my husband is LTFT in his job. I’m full time so its just about making sure that we flex stuff.

Quite often you get invited to evening events, so I’ll have much less of that, but there will be certain ones where I’ll need to and want to do, but its again about prioritising.

I’m from a long line of really inspiring women who were ambitious.  I have watched my sister who has two kids that are older and she’s an amazing mum but has carved out a really great career for herself.   My mum did the same with four of us and my Nanna, in a sort of less conventional way, had 6 children but forged her own career through owning market stalls and shops and all sorts.

Think in 3-5 year chunks, because I think the way my career has gone, there have been lots of different possibilities and at each 3-5 years you narrow it slightly.

Be ambitious and don’t worry about things taking a little bit longer.  I had 6-7 months off for maternity leave, but actually the word kept turning. Opportunities come up and things will come again.

Likewise, if you are at a point in your life where you just need to be working your 9-5, taking your foot off the accelerator for a short time is fine.

Worry less, try and take things in your stride a bit more.   You have to work hard and strive for it. There is always disappointment, but look at the outcome of that the disappointment. I reflected on not getting an SHO job once, and actually I was really gutted, but then I ended up being an SHO here on the ward, and then the connections that I have had with St Mary’s and Imperial have been since 2003.  It turned into setting the direction for my career.

Thank you Fran for your honesty and willingness to share your experiences with us. Good luck with your new Assistant Medical Director role. 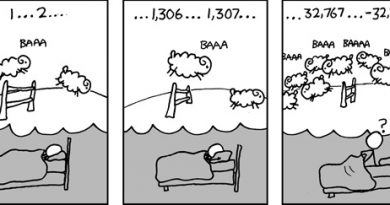 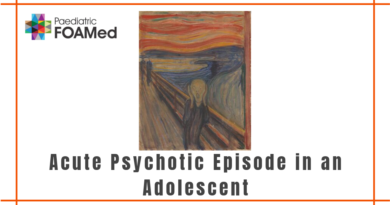 Acute Psychotic Episode in an Adolescent 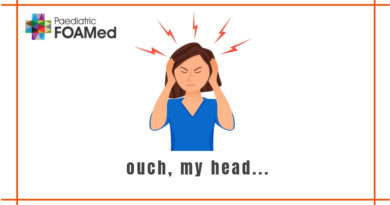 Are headaches giving you a headache?