This review is aimed at paediatric trainees who will see children with afebrile seizures in their clinical practice. It does not cover management of febrile convulsions – this can be reviewed here. Anti-epileptic drugs (AEDs), and how and when to start them, will be covered in a later article.

Why is this an important topic?

Seizures and epilepsies can be confusing and concerning enough for paediatricians, not to mention parents and carers. Seizures themselves can present in ways that can be difficult to disentangle. On top of that, descriptive terms for types of epilepsies can also be confusing, and there are often changes in terminology to keep up with.

We’ve probably all felt the anxiety that comes with reading the A&E triage note or referral letter that suggests a child has had their first afebrile seizure. Hopefully this article will help relieve some of the worry of how to manage your patient!

According to the International League Against Epilepsy (ILAE), an epileptic seizure is “a transient occurrence of signs and/or symptoms due to abnormal excessive or synchronous neuronal activity in the brain”

The ILAE goes on to define epilepsy as “a disease characterized by an enduring predisposition to generate epileptic seizures and by the neurobiological, cognitive, psychological, and social consequences of this condition”

These formal definitions are both pretty wordy – and hardly what you are going to write in a clinic letter – but they do make it clear that there is a difference between having a seizure and having epilepsy.

Epilepsy Action has more punchy definitions that are much more family friendly and it can be helpful to use these when explaining seizures to patients or parents:

A seizure happens when there is a sudden, intense burst of electrical activity in the brain, which causes the messages between cells to get mixed up.

Epilepsy in itself is an umbrella term that covers a vast number of disorders. You sometimes 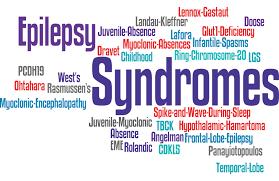 hear paediatric neurologists discuss ‘paediatric epilepsies’ – recognising the variety of seizure disorders they manage. In the not too distant future, many epilepsies will probably have an underlying genetic cause discovered (e.g. SCN1A gene mutation).

Of course, it is totally possible to have an acute symptomatic seizure (for example triggered by severe hypoglycaemia or alcohol withdrawal) that does not mean that the person has epilepsy. It is useful to think about the concept of the ‘seizure threshold’ and explain to parents/carers that absolutely anyone could have a seizure if the ‘right’ conditions occur.

It’s essential to make the distinction between epileptic and non-epileptic events. When a child has an unexplained event (…pending further investigation), it is much more useful for everyone involved if you can give a clear description of that event rather than hedging your bets and saying ‘?seizure’ or ‘?epilepsy’.

For example, this would be a much more useful thing to read in a clinic letter… ‘recurrent episodes of sudden onset reduced responsiveness with rapid jerking of right upper limb lasting up to 30 seconds followed by rapid return to normal self’

Epilepsy affects about 1 out of every 100 people in the UK.

Around 5% of people will have a seizure in their lifetime and 80% of these will go on to develop epilepsy.

You might have noticed a change to previously used terms, replacing ‘partial’ with ‘focal’. Also, the term ‘benign’ has fallen out of favour; what we as doctors think of as benign often doesn’t seem benign at all to patients and families.

Why is diagnosis difficult?

A recent systematic review found that worldwide, epilepsy is misdiagnosed as much as 71% of the time. [1] In the UK it is thought to be in the region of 30%. [2]

Lots of other conditions can look like epileptic seizures, the most obvious one being vasovagal syncope. You might have already seen this video of German med students making themselves faint (!) but it is worth another look….

Getting a clear description of what happened is essential. The history often needs to be taken again and again, in minute detail, from everyone who witnessed it, and sometimes new-but-crucial details may emerge. It is important to ask positive and negative questions i.e. not just look for answers that would confirm a diagnosis of epilepsy- this is where the risk of misdiagnosis is high.

Videos are extremely useful. Also, the presence or absence of single ‘epileptic’ features (e.g. tongue-biting, incontinence) should not be the basis for a diagnosis of epileptic seizures. [3]

All of the diagnoses below are clearly NOT epilepsy – but can impersonate it pretty convincingly!

Mistakenly diagnosing a child or young person as epileptic can have huge knock on effects, not just medically but socially too –

What about the EEG?

An EEG is not a diagnostic test in most cases. It CANNOT be used on its own to make a diagnosis of epilepsy (unless the event described actually happens during the

recording) nor should it be used to exclude a diagnosis of epilepsy when events were more likely to be non-epileptic [4]. In these situations it will only confuse things further!!!

Interictal EEG (i.e. EEG done when the child is not actually having a seizure) can be normal in up to 50% of children with epilepsy.

EEGs should be discussed with and interpreted by experienced neurophysiologists with expertise in paediatric EEGs. The findings then have to be put into clinical context to be useful and meaningful.

Some children and young people with more unclear presentations may need extended/ambulatory EEG recording, or videotelemetry.

Having said all of that, because there are always exceptions in life (and especially in medicine!), here are some clear-cut EEG findings:

All children with unexplained episodes must have a 12 lead ECG.

Neuroimaging with an MRI (using a specific epilepsy sequence) might be indicated – but take a CAREFUL look at the NICE guidance on this! Not all children with a first afebrile seizure need an MRI. Some indications for MRI would include epilepsy not controlled on first line treatment, or focal seizures.

Blood tests are unlikely to help you much in the initial diagnosis of epilepsy, but may well be useful in the further work-up, e.g. genetic testing

Ultimately, epilepsy is a clinical diagnosis. DON’T be in a rush to diagnose a seizure or of a type of epilepsy if there is at all any doubt about it. Be a detective, and gather as much information as possible. Ask parents to make multiple home videos using their mobile phones. Think about getting an extended (ambulatory) EEG or videotelemetry if it’s available to you. Take uncertain cases to regional network meetings to get opinions from experts. Safety-net by giving advice as below, and ask for an early review in clinic if another event occurs. It’s OK not to know!

Take a detailed history. And then take it again. And again.

Don’t use the EEG to rule out epilepsy

Always remember to give safety advice

1 thought on “Not all that shakes is Epilepsy”