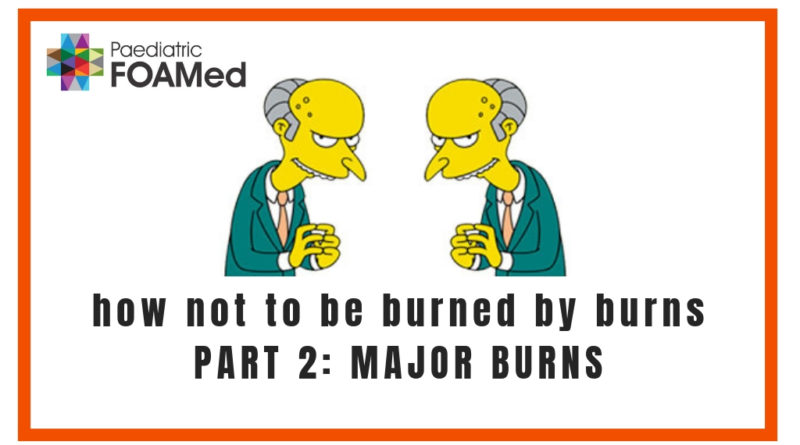 It’s Friday afternoon and you’re working in the Paediatric Emergency Department. Just a couple of hours ago you looked after Maisie, a young girl with a superficial partial thickness scald after grabbing her mum’s cup of tea. As you dreamed about a hot drink yourself, you were summoned to resus for a trauma call.

30 minutes ago, 8-year-old Billy fell from a first-floor window, trying to escape a house fire.

Paramedics were on scene within 10 minutes. They parcelled him up and put him in the back of the ambulance.  His oxygen saturations were 95% in air, respiratory rate 30, heart rate 150 and systolic BP 100.  They gave him high flow oxygen via a non-rebreathe mask. He was in a lot of pain, so they covered his burns with cling film, gave some morphine and set off for your Emergency Department.

When you hear the pre-hospital alert you put out a trauma call.  A paediatric anaesthetist, paediatric surgeon, PICU fellow and paediatric registrar arrive and you do your resus calculations.  He’s 8 so you estimate a weight of 23kg, an endotracheal tube (ETT) size of 6mm and remembered that because this is trauma, your fluid boluses should be 10ml/kg rather than 20ml/kg.

Billy arrives and is transferred over from the ambulance trolley to the resus bed. Your primary survey begins.

A: You’re worried. His saturations are 96% in high flow oxygen. He’s got burns to his neck and soot around his mouth. He’s making some funny airway sounds. You ask your anaesthetist to prepare for intubation while you hear the rest of the primary survey assessment.

B: Your primary survey doctor reports circumferential burns to the chest with equal air entry bilaterally and good percussion note.  His respiratory rate is now 34.

C: His heart rate is 145 and blood pressure 95 systolic. His belly is soft and there are no obvious long bone fractures.  You ask your nurse to give 100mcg/kg iv morphine, but he remains tachycardic.

E: You estimate his burns to be 11% total body surface area (TBSA), compromising 7% full thickness burns to the chest, 2% deep dermal burns to his neck and 2% superficial partial thickness to his arms.

So, let’s break that down into each step of your resuscitation.

A is for Airway 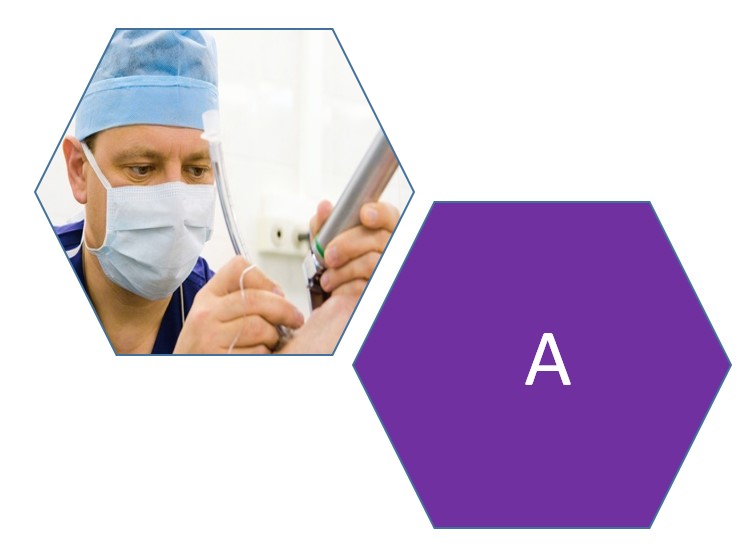 Firstly, airway. Remember Billy has fallen from a first-floor window.  He is therefore highly likely to have associated traumatic injuries as well as his burns.  You need to put yourself in trauma mode while you go through his ABCDE assessment so think about c-spine protection (blocks and tape but not collar as you don’t want swelling of the neck to be impeded by a tight collar, and anyway, collars are out of vogue now in children).

When managing the airway of a burns patient you must think about what will happen over time – if you suspect inhalational injury you should consider early intubation in anticipation of the airway later narrowing with oedema. Once intubated, if the face swells the proximal end of the tube may become difficult to access or even be pulled forward displacing the tip of the tube; think about which bits of the face won’t swell, and how you’ll secure the tube to prevent extubation. Consider:

Dorsey and his colleagues conducted a retrospective review of operating notes of 327 children aged 0-10yrs with burns over a 10-year period comparing adverse events between cuffed and uncuffed tubes and found that the use of uncuffed tubes was associated with loss of tidal volume and increased likelihood of reintubation but with good tube care there were no significant difference in post extubation stridor.  Makes a good case and the general trend now is to use CUFFED endotracheal tubes in burns patients.

B is for Breathing

Inhalation injury results in an Acute Respiratory Distress Syndrome (ARDS) picture with stiff lungs, bronchospasm and sloughing so a high positive end expiratory pressure (PEEP) is needed when ventilating (thank you, cuffed endotracheal tube).  There could be restrictions to the chest wall secondary to burn eschar which will need a surgeon’s scalpel with escharotomies to optimise ventilation. And, of course, Billy fell out of a window, so there could be associated non-burns chest trauma such as haemopneumothoraces or flail chest. 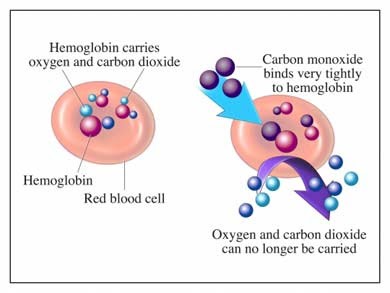 Be alert to other poisons burns patients may have after a house fire.  Old mattresses and sofas may release cyanide when burned which prevents oxygen extraction and can cause further breathing issues.  The clue again is in the blood gas which will show a persistent high anion gap metabolic acidosis (HAGMA) and elevated serum lactate despite adequate fluid resuscitation.

In general, antidotes are used when blood cyanide levels are greater than 3%. But it’s not always easy to

get a cyanide level, but it is easy to do a gas: treat presumed cyanide poisoning if you find an unexplained HAGMA with lactate >10 in the context of major burns. Consider hydroxocobalamin (Cyanokit, essentially vitamin B12) to mop up the cyanide and improve oxygen extraction but discuss with a poisons centre for advice.

C is for Circulation 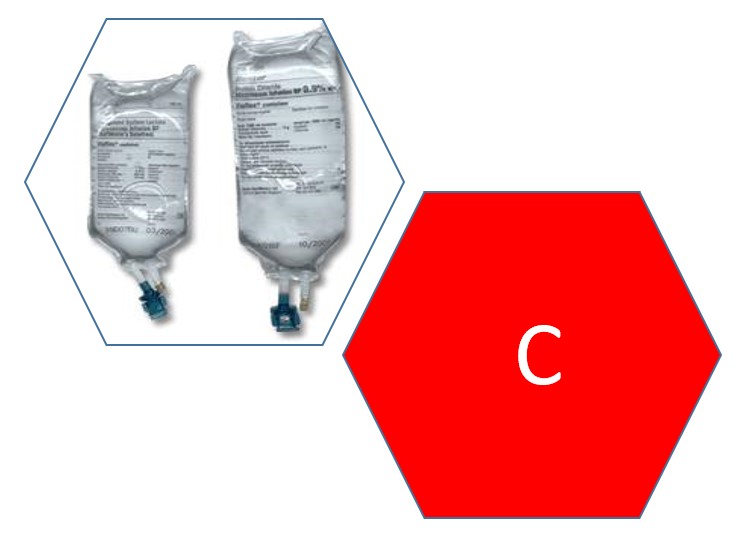 These children can have shock due to three mechanisms:

Let’s assume your primary survey does not reveal any associated traumatic injuries causing him to lose blood and focus on resuscitation of his burns.

How do we calculate fluid resuscitation in burns? 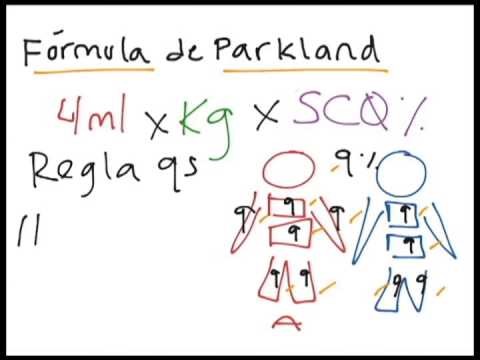 The Parkland Formula (whether it’s in French, Spanish or Dutch) is

The first half is given in first 8 hours from the burn (this is an important point – note the fluid calculations need to be back-timed to the time of burn, not the time of arrival in your Emergency Department).  And then the second half is given in the remaining 16 hours from burn. Hartmann’s fluid is an excellent choice. Standard maintenance fluid should be given alongside this resuscitation fluid.

If fluid resuscitation is not enough to manage shock and you need to add in an inotrope, dopamine is a good choice because it gives inotropic action to support cardiac muscle function plus some vasoconstriction. Avoid vasopressors such as noradrenaline because of predominant vasoconstrictive action – those burned tissues need to be perfused.

But how do you know if you’re giving the right amount of fluid?

monitor adequacy of fluid resuscitation – early catheterisation is vital to measure urine output.  Fluids should be titrated to a urine output of 1ml/kg/hour – necessary for adequate organ perfusion. To prevent fluid creep in older children (> 30 Kg) a target of 0.5ml/kg/hour may be used. The exception to both is in electrocution when the target urine output should be 2ml/kg/hour because there is a risk of rhabdomyolysis-induced kidney injury.

D is for Disability

Monitor neurology closely – whilst reduced consciousness can be due to the metabolic upset of having severe burns, Billy has also fallen from the first floor and might have sustained a head injury. Document GCS and pupil size regularly, and if something’s not right it might be worth a CT scan. And don’t forget to check the blood glucose!

Pain is also an issue – the morphine Billy’s had will wear off soon. Once settled with the initial bolus, a background infusion can be started to keep it settled with extra boluses given as needed. This can be supplemented with oral clonidine which can help reduce the amount of morphine needed. Procedures might need something a little stronger – ketamine can be a good drug in these situations.

E is for Exposure and Everything Else

Billy needs a full top to toe assessment. Check front and back, bearing in mind to keep an eye out for other injuries from the fall, and assessing and managing Billy’s burns exactly as you did Maisie’s. Remove any dressings and loose clothing proximal to the burns. Check distal limb perfusion – circumferential limb burns may cause compartment syndrome without urgent escharotomies.

Once assessed, cover burns with longitudinal strips of clingfilm – not circumferential. And whilst assessing Billy remember all this exposure might be making him cold! Actively try to keep his body temperature as normal as possible.

Anyway, back to Billy.

A: You don’t think he’s going to maintain his airway for much longer. Your anaesthetist agrees he needs to crack on and intubate. He gives him a cocktail of ketamine and fentanyl (to induce anaesthesia), rocuronium (as the neuromuscular blocking agent) and intubates with a size 5.0 cuffed ETT. Billy’s saturations improve to 100% in 15L/min O2 and the end-tidal CO2 trace reads 5 mmHg. You breathe a sigh of relief.

B: You give the surgeon a nod and he reports back that he’s ready to perform chest escharotomies. He’s knife to skin within seconds.

C: You start fluid resuscitation according to the Parkland’s formula with Hartman’s solution and once a urinary catheter is in you clearly state you will adjust the fluids to aim for a urine output of 1ml/kg/hour.

D: You ask your anaesthetist to balance lung-protective ventilation to manage Billy’s evolving ARDS with maintaining normocapnia to protect his brain. They start morphine and midazolam infusions to keep Billy anaesthetised and comfortable.

E: You make a mental note to ensure Billy’s burns are dressed properly as part of his secondary trauma survey.

Once Billy is stable, you speak to your regional burns PICU who readily accepts Billy and he’s successfully transferred.  He has extensive skin grafting and remains an inpatient for over 3 weeks.  He’s eventually discharged home for outpatient follow-up.

Burns go hand in hand with major trauma. Don’t forget to look for other trauma injuries – especially the cervical spine

And as with any burn, whether it is major or minor: First aid can slow down the burns process if given within 3 hours of the injury – don’t overlook this in major burns. What you do early matters.

Document any safeguarding concerns and refer to your local team 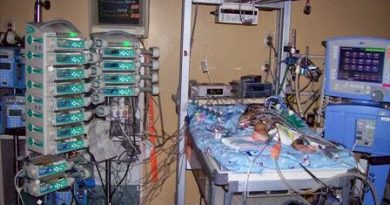 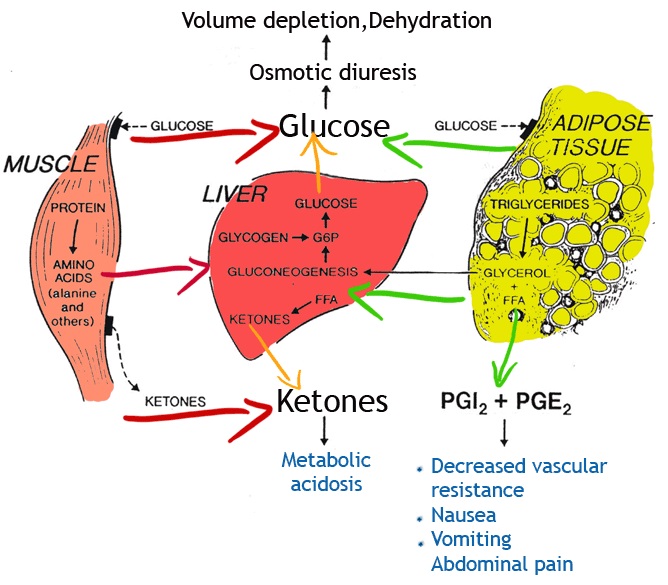 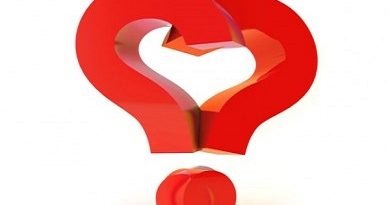