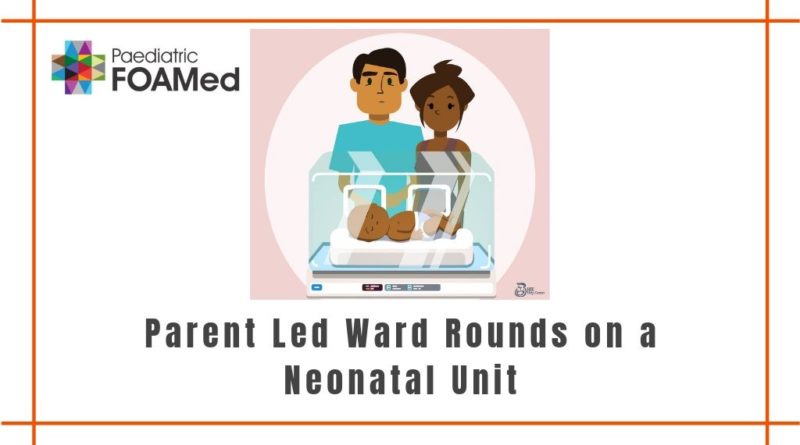 You’re about to start reviewing a baby ready to present on the consultant ward round.

You check the notes.

But, when was the last ultrasound done?

And when is the retinopathy screening next due?

You can’t find out if they’ve had those immunisations yet.

And are there any reasons they can’t go home in oxygen?

Have we discussed a possible discharge date with parents?

The nurse is there, but she’s not sure either.

Then it hits you!

Who knows this baby best?

The parents, of course. And all your questions are answered without needing the notes

Family Integrated Care (FIC) is an evidence-based model which integrates families as partners in the neonatal team caring for their baby, improving outcomes and preparing parents for the transition from hospital to home.

Feedback from parents show they want to be involved in all aspects of their babies’ care, with the support of healthcare staff.  Where ward rounds are concerned, this is usually taken to mean parental presence, or perhaps “taking part” in ward rounds by being able to ask questions at the end.

Our view was that parents are actually ideally placed to “lead” the ward round, not just to observe. They are the constant throughout their baby’s stay, and have only their own baby or babies to focus on.  They remember dates (due date, date of extubation, retinopathy screening, immunisations, etc) without needing to look them up. They remember when and in what order events happened.

Parents previously fed back to us that hearing a list of “problems” every day could be distressing, particularly when many are no longer active. They also felt “left out and on the outside”.  When asked if they had any questions, parents “felt a bit thick” if they were asking for an explanation of medical terms. They did value the ward round and the opportunity to hear directly from the doctors.

How did we get started with Parent Led ward rounds?

To start running a “parent led ward round” needs no more preparation than telling parents, doctors, and nurses what to expect.  We did not alter the timing or pattern of the ward rounds. Some units allow everyone to stay in, some have to ask parents to stay only for their baby, and others use things like headphones to help confidentiality.  We adapted the ward round order for parents who hadn’t yet arrived.

Information sheets were given to parents a few days in advance explaining the change. The introduction said:

We would really like to give you the opportunity to “present” your baby on the ward round this week.

This just means saying how old they are, what they weigh now, how they are doing with feeding, etc.

If you don’t want to, or don’t feel able to, don’t worry; we’ll just carry on as normal, and you can tell us or ask us anything at any time.”

We made it clear that; it was entirely voluntary, they could participate as much or as little as they wanted, that it is not a “test” and that we would work out all the information between us all.

We gave them a brief outline to the kind of things we would normally talk about and supplied pens and paper in case they wanted to make any notes.

– Main issues at the moment, and
Questions you want answering

– Feeding update:
How is your baby’s feeding going? How is expressing going?

– What medicines is your baby on?

– Skin to skin update – Yes or no? How often and for how long

– Developmental care & other aspects of FICare – Any likes or dislikes?

– Head scans
– Eye screening
– Immunisations
(and things like that)

How does this work in practice?

As long as we give them the opportunity, all parents will “lead” a ward round, in the way that suits them.

You can help this along by addressing the initial questions to them; open ended, so that they can say as much or as little as they want.  Maybe just, “How are you? How is Archie getting on?”

And don’t ask the nurses and doctors anything until the parents have said or asked all they want to. 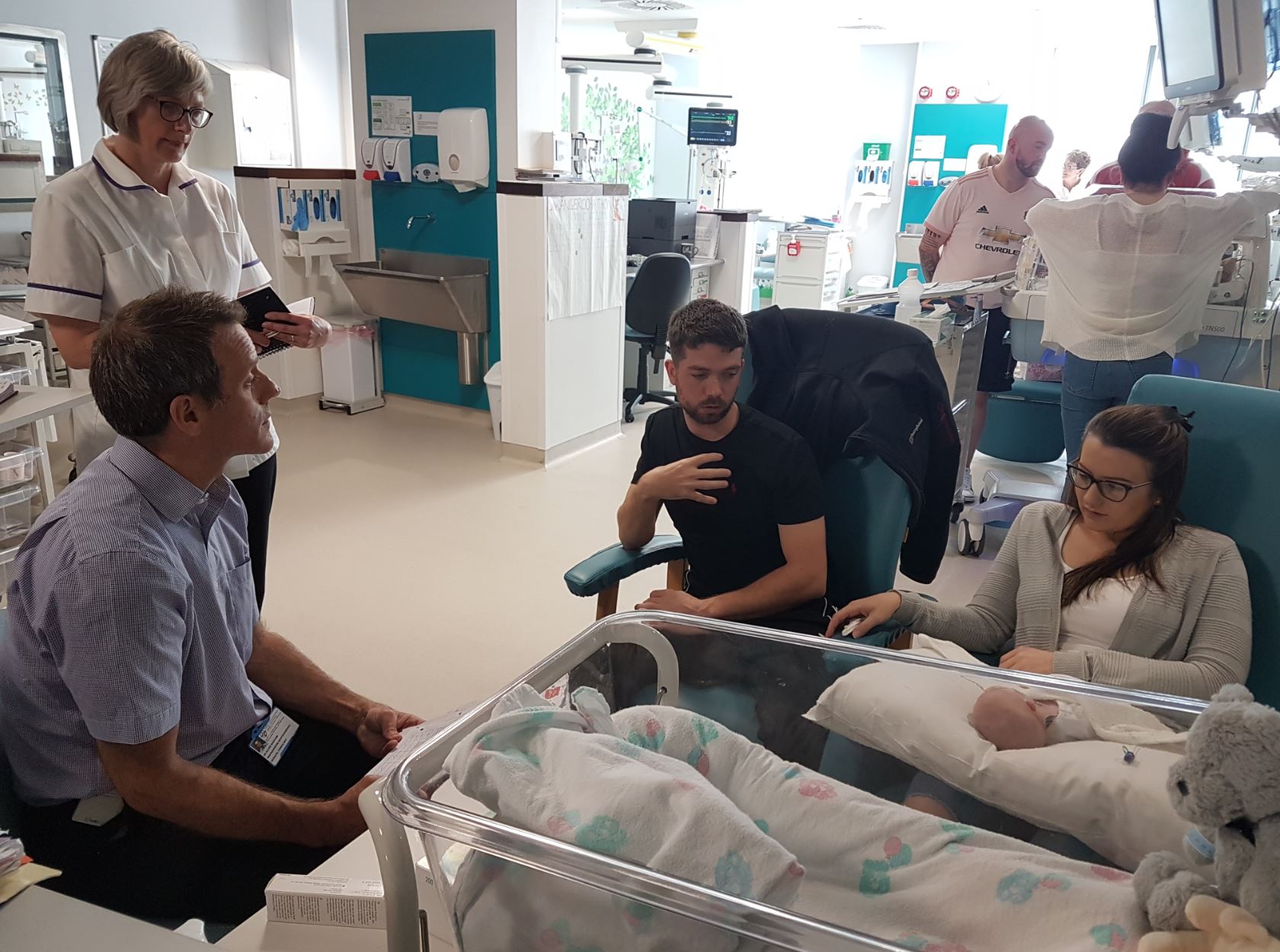 In the first few days of an intensive care admission, parents are generally not ready to “present” their baby, but will still let us know what is important to them; usually, “Is he going to die?”

Some parents do not want to start the discussion, and are happy to chip in with comments and information. Others will wait until the end and then ask their questions then.

Some parents will just say something like, “she’s fine”, “he’s been OK on CPAP overnight”, “he’s off CPAP”, “his feeds were stopped again”, “we’ve taken his tube out”, and leave the doctors or nurses to carry on.

For others, they will want to give a bit more information about progress, changes or the questions they would like answering.

Often it evolves from, “She’s OK” into a comprehensive discussion, as they expand on what matters to them.

Once a baby has been in the unit for longer, and especially as they move through their journey, either in terms of stability or in moving to high dependency or special care, parents are more likely to “present” their baby.

Some parents “present” their baby in a structured way, either with written notes or from memory. As parents spend time in a neonatal unit, they become experts in the terminology and jargon.

What problems did we encounter?

Obviously this is not for everyone, and it must be made clear to staff and parents that it is voluntary, and that we will carry on “as normal” if parents do not want to lead.  Some parents will not want to, or feel able to do this at all, or perhaps not until they are making plans for home.

It is possible that, while addressing issues key to their parents, staff could miss or forget to address other issues.  However, the staff still have all of the information in the patient record, and this does not replace a structured assessment of the baby and recording of that assessment by the healthcare team.

If parents are not there at the time of ward round, a decision has to be made whether to continue without them, and catch up later, or whether to wait for them.

This will depend on where they are up to in their neonatal journey, and what they have expressed as important to them.

We received comments that this could limit discussion between doctors and nurses.

That is certainly a very important issue to discuss; but it seems to relate to parents being present on the ward round, rather than whether they “present” their baby’s information.

Different consultants will always lead ward rounds differently. That is the nature, and one of the strengths, of good team working. However, that can lead to difficulties for parents if they do not know what time they will be seen, what order a ward round might take, or how much they will be involved in the discussion. This needs open discussion among the team to ensure that this is communicated to parents.

This issue is seen with many other aspects of care as well, and so should not be a barrier to implementing parent-led ward rounds. In fact, it is a good opportunity to bring up such differences and try to address them. For example in North Wales we have a joint FIC booklet across three hospitals within the health board, with a list of skills parents have learned in one unit, and so can continue to use in their next hospital.

What are the benefits?

There are benefits for parents and staff alike to open, honest discussions led by parents.

With consent, we shared two videos of parents presenting “in full” on Twitter. This was very well received, with excellent feedback and comments, as well as questions and challenges.

They are available asvideo 1and video 2.

Watching the videos improved the interactions of the involved health professionals with parents and staff.  For example, learning points for me were a computer logging out just when you start, the cart being a physical barrier, or standing when parents are sitting. 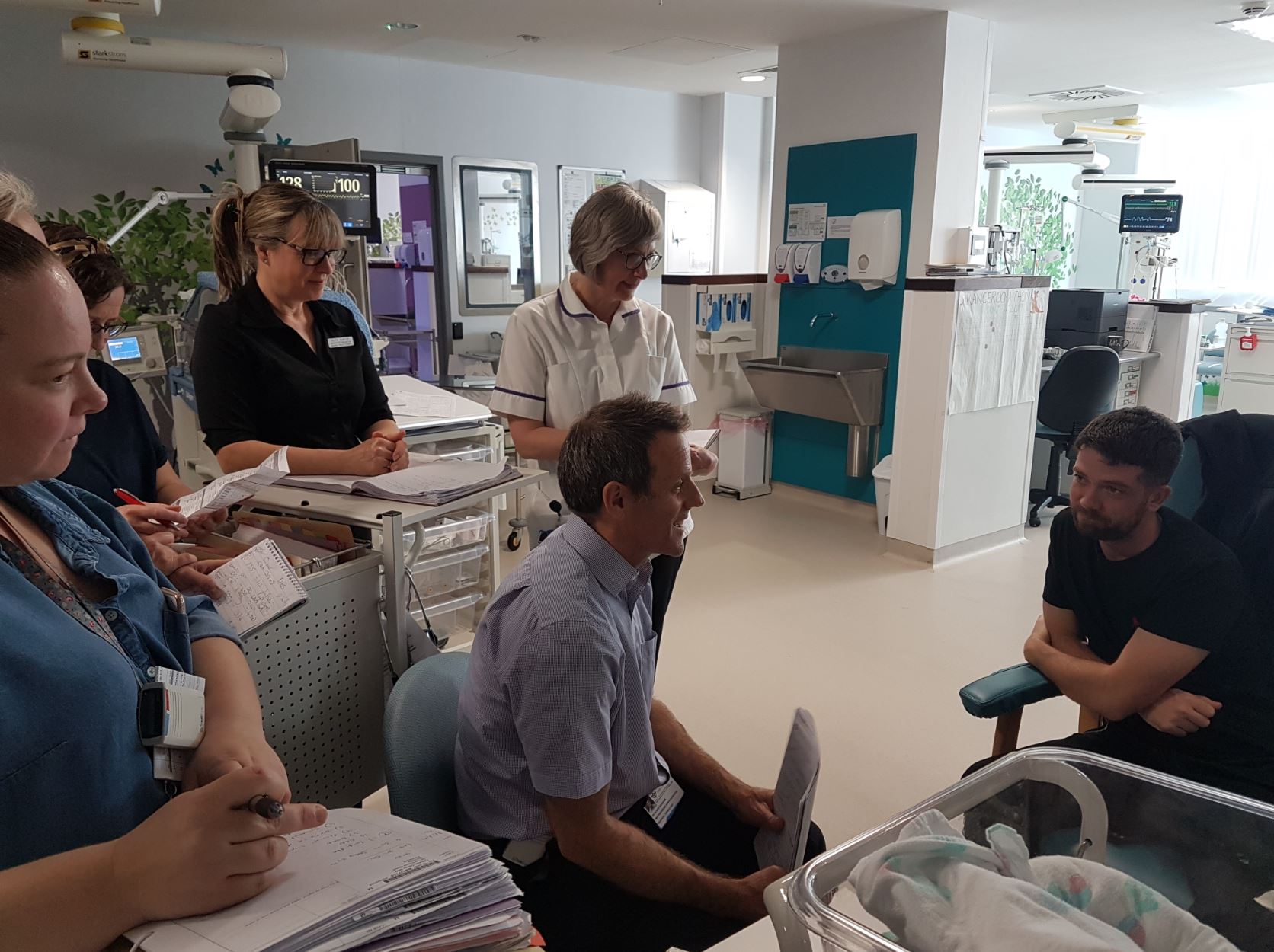 What could we have done differently?

What has the feedback been?

Feedback has been good, with parents appreciating the opportunity to be an integral part of the team.

Some staff were wary at first, fearing that this would be taking something away from them. However, once they realised that it only adds to the content of the ward round, this fear seemed to resolve.

Parents commented that they need to “present” their child when they attend the GP, emergency department, assessment ward or clinic. So it was very useful to be doing that in the neonatal unit.

“I actually think it’s set me up well to still be really proactive with his ongoing stuff, I want to understand everything. I reckon I could still rattle off all the problems he had in the early days.”

“We were asked how he was doing….and you listened to what we had to say. We felt well informed and knew what the plan was every day. You helped us to know every detail about our baby which gave us confidence and comfort. We had a guaranteed time everyday to ask questions, raise concerns or celebrate achievements.”

“The ability to comment on things and being asked questions by Drs such as ‘how do you think the swelling compares to yesterday?’ during ward round and the parents’ conversation at the end all made it a success in my opinion.”

“… when they’ve been in for a while and the consultant knows the baby well perhaps only run through the relevant history and problems!”

“This is a fantastic idea! We often forget that the parents are the ones who’re there consistently and know their baby the most.”

“Thank you for keeping us so well informed and involved in those first scary weeks.”

“For us it was easy to do (apart from being camera shy!!) because of us living this day in day out…. We were super proud to present for our son!”

Image in title from hiehelpcentre.org 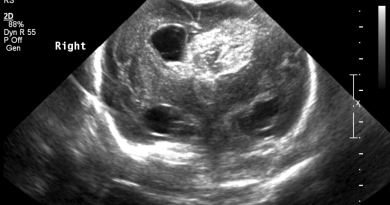 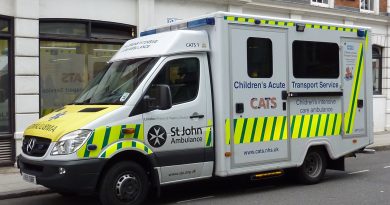 Transferring a child to PICU 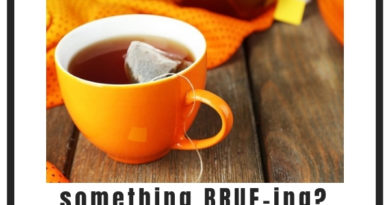