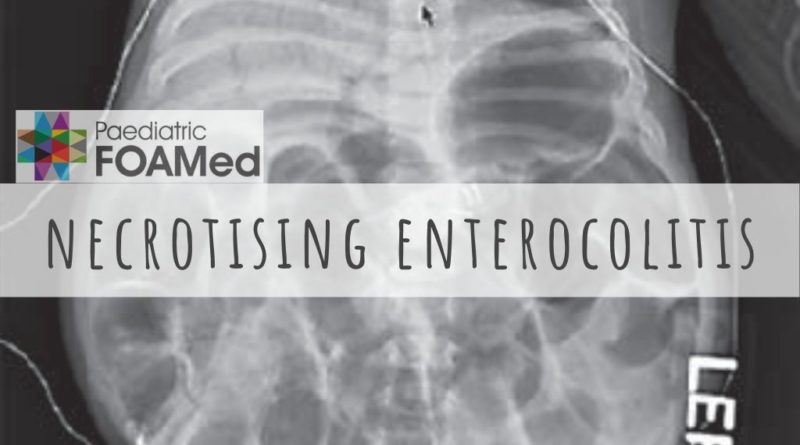 Necrotising enterocolitis (NEC) is the most common gastro-intestinal emergency seen in preterm babies and is a common cause of neonatal morbidity and mortality.  Management of acute NEC is complex and may require transfer to level 3 medical or surgical neonatal units.  Many babies who get NEC will go on to develop long term complications such as feeding problems or short gut syndrome – they also need to be monitored for developmental delay. Their ongoing issues might mean they need to be seen frequently in the GP surgery, ED or general paediatric wards – so as a paediatric doctor or GP, it is worth having some background knowledge of NEC.

NEC is far more common in babies born at less than 32 weeks’ gestation; it affects 1 in 13 babies born weighing <1,500 grams. NEC may occur term babies too although it is rare and usually associated with an underlying circulatory condition (e.g. congenital heart disease).

Who am I worried about?

Before we dive head first into the nitty gritty of it, let’s pause and think about which babies get NEC. Prematurity is by far the biggest risk factor but other risk factors include:

Why do babies get NEC?

Although huge strides have been made in trying to find the cause, the reasons behind why some babies get NEC while others don’t, is still not completely understood.  Most experts in the field think it is likely to be a disease that arises as a result of multiple factors. Some of these factors might include:

‘Can you review this baby’s abdomen please?’

You’re on a busy night shift on the neonatal unit and have been asked to review baby Caden – the nurses are worried that he has become more tachypnoeic over the last few hours. Caden is now four weeks old and was born at 27 weeks’ gestation weighing 800 grams.  He was delivered by C-section due to absent end diastolic flow and reduced growth.  Antenatal steroids and magnesium sulphate were given before delivery.  He was ventilated for 36 hours, had antibiotics for 48 hours after birth and was fed with donor breast milk which was graded over to formula milk from day 12. Caden has been making steady progress and is now on 4.5 litres of humidified high-flow nasal cannula therapy (e.g Vapotherm/Optiflow) in 30% oxygen.  Caden’s weight gain has been slow as there have been repeated episodes where his feeds were withheld and antibiotics were given for 48 hours due to ‘tummy concerns’.

Although Caden has had occasional apnoeas, these have been brief and self-correcting. A routine blood transfusion was given two days ago for a Hb of 80g/dl. You examine him and he has a soft but distended abdomen. You decide to do a blood gas which shows pH 7.18 C02 7.0 Glucose 11 HC03 15 & Lactate 4.0

What would you do next? Are there any other pieces of information you would like to know?

A portable AXR and CXR is performed.

Caden’s respiratory rate is 70 and his heart rate is 175. Bloods are performed and show an elevated CRP/WCC and mildly deranged clotting.

Caden is treated as presumed NEC because the x-ray shows extensive pneumatosis.  He has blood cultures taken, antibiotics prescribed, enteral feeds stopped and intravenous fluids are started. In view of the x-ray, the team decide to prepare to intubate him electively.

As you are preparing to intubate, Caden has had a prolonged apnoea and is making minimal respiratory effort.  He is given positive pressure ventilation and initially requires 100% oxygen during intubation. He stabilises, and repeat blood gases improve with the lactate dropping to 2.7.  Once stabilised, the team contact the local neonatal surgical referral unit and discuss the case with the surgical team.  The surgical team advise to continue medical management and repeat the abdominal x-ray in 6-8 hours.

Discussion: Classical NEC often presents suddenly and with a rapid deterioration. The most common time that a baby develops NEC is at a corrected gestation of between 30-33 weeks regardless of gestation at birth. There is no specific event that triggers its onset and parents can often be confused as to why it happens in babies that otherwise are doing quite well. Staging of NEC can be done using the modified Bell’s criteria though this classification is somewhat old.  In this piece, I have purposefully avoided discussing the greyer area of ‘Stage I’ NEC because the features of Stage I can also mimic other things like septicaemia…

Caden is reviewed in the morning and is stable but his lactate has increased to 6.5. He continues receiving medical management for NEC and a repeat x-ray is ordered as per the surgical team’s advice.

Towards the end of the ward round, the nurse comes to tell you Caden has passed bloody stools and has increased bilious aspirates. You review his abdomen which is now distended and tender to touch, a picture is shown below. There are spontaneous petechiae over Caden’s legs and arms. The repeat AXR is done urgently and is shown below. Having reviewed it, the clinical team order a ‘right side up’ lateral decubitus abdominal film.  However, he is too unstable to be placed right side up and a lateral ‘shoot through’ x-ray is performed instead.

The paediatric surgical team are contacted urgently and Caden is accepted for transfer.  A referral to the neonatal transport team is made.  A long line, two peripheral cannulas and an arterial line are inserted.  He is given muscle paralysis in addition to morphine (which was started after intubation).  During referral, the transport team advise giving a 10mls/KG saline bolus and a further red cell transfusion.

When the transport team arrive, Caden is more stable.  The blood gas has improved and the lactate is now 4. Transfer to the local surgical centre is uneventful. He is seen by the surgical team who decide to do an exploratory laparotomy. At laparotomy, they find multiple sections of necrotic bowel especially around the ileo-caecal junction and after extensive resection, a stoma is formed.

Caden has several stormy weeks and develops repeated septicaemias from long line infections as enteral re-feeding becomes challenging. He is transferred back to your centre and discharged at term plus twelve weeks on long term parenteral nutrition secondary to short gut syndrome. Someone gets the short straw of writing a very extended discharge summary!

Several years have now passed and you are just about to review a toddler in the infant neurodevelopmental follow up clinic. The name is familiar and you remember that this is Caden, whom you looked after almost 2 years ago and had NEC requiring surgical resection.

Caden is slightly behind his peers – he has only just began walking but is unsteady and doesn’t yet have any words. The family have had extensive input from physiotherapists, occupational and speech and language therapists.  The dieticians have also been advising them as weight gain has been a challenge.  Caden needed long term TPN supplementation up until after his stoma was reversed at aged 1.  The parents mention how challenging it is to keep up with all the appointments.

NEC is associated with a significantly increased risk of adverse neurodevelopment. This risk is increased further in children who have required surgery for NEC. For this reason, early and regular neurodevelopmental input is essential to achieve optimum outcomes. Multidisciplinary input usually starts while a baby recovers (but before discharge home) and is continued at regular intervals after discharge.

NEC has wide reaching implications to the child, their family and to society.  Finding effective interventions that prevent or treat NEC will be an important step to achieving improved outcomes for babies born prematurely.

The case described above is a fictional patient. 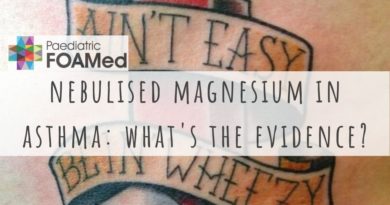 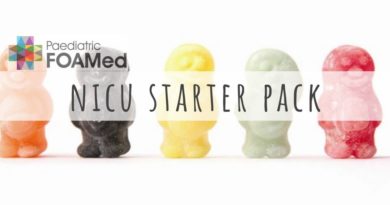